At the moment of writing, Bitcoin’s market value is roughly $70 bn. That represents slightly under half (48%) of the market capitalisation of the entire cryptocurrency market which, at least as it is defined by CoinMarketCap, is sitting at $145 bn.

That is the most basic answer that can be provided to the title of this article. Bitcoin is half of the crypto market more or less. This raises, however, another question – does the other half of that universe, the Alt Coin Universe (ACU), generally follow Bitcoin?

To rephrase the question slightly differently, does ACU follow the same general trends as Bitcoin? When Bitcoin rises by 10%, say, does ACU rise by 10% or thereabouts? When Bitcoin crashes, do cryptos generally crash with it?

Or do Bitcoin and ACU – as some claim – in some way act as mirror opposites of each other? According to this theory, when Alt Coins experience a dive, people shift their holdings into Bitcoin. When Alt Coins rise, Bitcoin undergoes a corresponding price depression.

We see validity to both viewpoints. What we wanted to do was test it empirically, and that is exactly what we did. The results are presented below. In the meantime, it is probably best if we explain our methodology.

First of all, we need to go about defining the Alt Coin Universe. We decided to go with the following definition: order all Alt Coins by decreasing size of market capitalization according to website CoinMarketCap – who kindly provide a free JSON-based API which allows you to extract data directly from their site.

From this list, take the first 100 which appear  – ignoring both Bitcoin and Bitcoin Cash (which is something of an exception) – as defined on Sept 1st 2016. We figured that this satisfies the definition of representativity well enough for the Alt Coin universe for the subsequent year to which we applied our analysis (i.e. Sept 1st 2016 to Aug 31 2017).

For those that are not mathematically inclined, the above is just a fancy way of saying that, to define the ACU price on any given day, we took an average of all of the Alt Coin prices but adjusted accordingly for the importance of each coin. 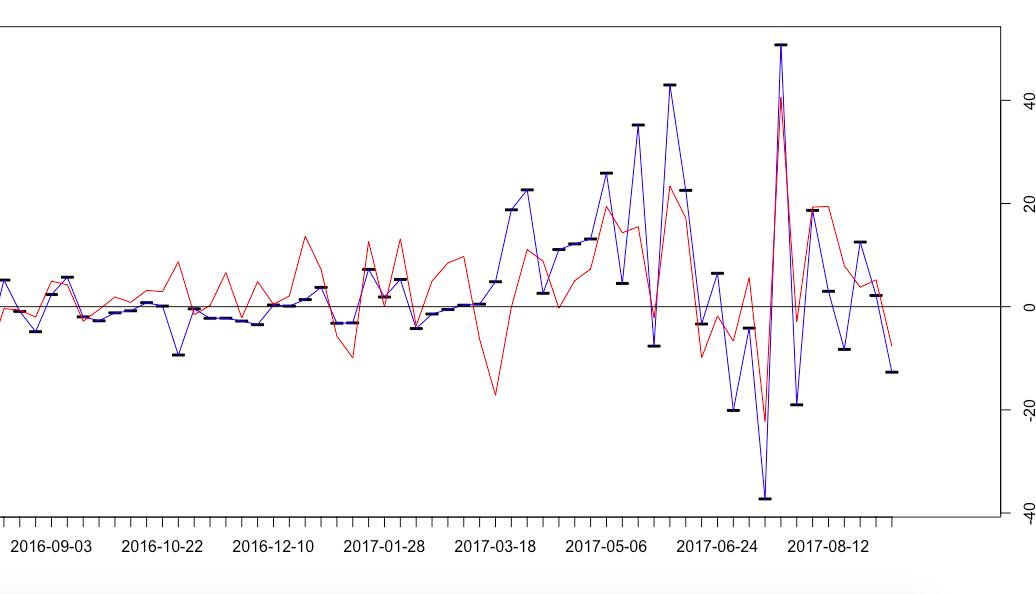 Our two hypotheses both hold but that depends on the period for which you look at the graph. Generally speaking, we can see that the two lines appear to overlap – but we notice periods (e.g. October – December 2016 and March 2017) where the mirror opposite thesis also holds.

We cannot be overly confident about our assertion here, but it seems to be that in periods of extreme movement (crashes and gold rushes), there is general overlap. In periods of relative calm, Bitcoin and ACU go into mirror mode.

There may just be a trading strategy in there somewhere.

Malachy has a background in Mathematics and Computer Science, and worked for ten years in the Fintech field before leaving to found ICOExaminer. Having first learned of Bitcoin in 2014, he subsequently read Andreas Antonopolous' classic Mastering Bitcoin in 2015 to see how things worked under the hood, and has since been hooked to the whole cryptocurrency phenomenon

In order to view the contents on this site, we will require your consent to the use of cookies. More details on our commitment to privacy can be found here.